So mind twisting… (the advertisement a ‘lil bit annoying though.. kebanyakan sponsor!)

Story
begun with Cris Johnson "Frank Cadillac" that has the ability to see 2
minutes (just 2 minutes!) into his own future. He works a low-level
magic act in Las Vegas with this secret ability and also makes money
gambling. However, an FBI Agent sees his uncanny ability to foresee the
immediate future and tries to get him to foil a terrorist plot.

The
basic plot outline above isn’t wholly exciting. And seeing that it is
in the hands of Hollywood in the form of big budget action vehicle it
will definitely turn many viewers off. The recent highly contrived
sci-fi action movie "Deja Vu" is also another potential unfair strike
against this movie. But, be clear of doubt, this film is actually good
and it succeeds in being intriguing and not cheesy at the same time –
completely unlike the "Deja Vu." "Next" leaves a lot to the audience’s
imagination and certain things are there just for you to accept on the
basis that this is a movie – no lengthy pseudo-science speeches here.
The movie also makes very good use of computer effects – there aren’t
many and the few that there are. Johnson’s clairvoyance is shown in a
clever way and the story takes several nice turns. There is the stock
Hollywood romantic angle here, but cheesiness is mercifully spared as
it is not over done, but actually played out humorously in certain
scenes.

Then the kicker is the ending, which I dare not give
away, and it is a real breath of fresh air. It leaves you a lot to
think about and that ultimately ends this film with, not a bang which
many people might expect from a big-budget action-fest. No, definitely
not a bang, but a hum. That hum will stay with you for a while after
you finish watching as you think about what happened and what may still
happen.

Well, there’s some scenes still annoying my mind then.. =D
First, If Johnson could see what may be happen in the next two minutes only, why he can set up the way he met Liz (and the fact that he can foresee that he will met Liz a week ahead) so he could speak with her. While on the other scene, there’s a plot when Johnson tried to explain Liz about his capability he said that "it (his capability-red) isn’t about set up, but it’s about what will happens next".
Second, the scene that show Johnson splitting off into multiple ‘versions’ of himself, with each version representing a different route during the same two minutes when he and the FBI team tried to save Liz from the terrorist (that scene was so weird remembering that Johnson just can see what will happens in the next two minutes! kenapa juga harus ada adegan itu… huh! Serasa nonton Heroes gue, soalnya jadi keingetan sama Peter Petrelli!).
Third, if it takes Johnson two minutes
to view what happens in the future, won’t the two minutes have arrived by the
time he’s viewed it?
and Fourth, why suddenly these terrorist tried to get Johnson also?? There’s no connection explained (in this movie) between Johnson and the terrorist, and how did the terrorist have known that Johnson would stop them from bombing US?

And finally, yes, I too wish I knew who the heck these terrorists were
and what the heck they were trying to accomplish with their nefarious
plot. But I guess that’s the brave new world we live in. We just don’t
get to hear the bad guys’ dialogue, their reasons for doing the things
they do. In that way Next is giving us another insight, not dropping us
cold as others have complained. The only legitimate beef I agree with
is the entirely unnecessary and just plain goofy Nicholas Cage business
during the final pursuit. It looks like it must have been an idea of
somebody too high up among the moguls to deny, but it is a definite
distraction causing "Huh? What?" moments when the action is at its most
intense.

My favorite line in this movie was comes out in the end of the movie when Johnson said "There’s something about the future… Every time we see the future, it’ll change, just because we saw it… and it will changes everything else".

I'm like a pool. Sometimes deep, sometimes shallow, always bound to give a chemical reaction. 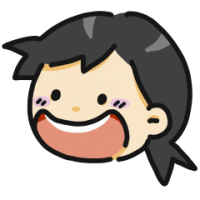 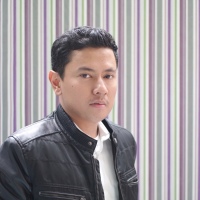 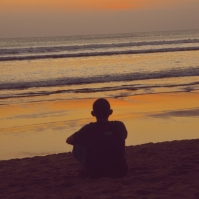 It's a good time to have a random chit-chat

A Blog of Disty Julian

my life and journeys